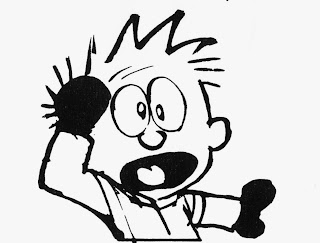 Thanks to the Life After Ministry site I learned some teaching by Joseph Smith which I never before heard or read. To wit: The Prophet Joseph Smith taught that Noah is the angel Gabriel and stands next to Adam in holding the keys of salvation.

This lie is found in Gospel Topics—Noah. When you look at the full entry you should see some other bizarre lies about Noah, so let’s just take them one at a time.

[Noah] testified of Christ. Please show me where this is even hinted at in the Bible. Lie number 1.

When the people rejected his message, God commanded him to build an ark to house his family and all the animals when the earth was flooded to destroy the wicked.
God had already decided to destroy the earth and no where in the Bible does it say God decided that due to Noah’s preaching being rejected. Lie number 2.

The Prophet Joseph Smith taught that Noah is the angel Gabriel.  (As noted above.) Angels are a different category of beings than are humans so Noah could NOT be Gabriel.  Lie number 3.

[Noah] stands next to Adam in holding the keys of salvation. Adam never held any “keys to salvation” and neither did Noah.  Lies number 4 and 5.

The Lord renewed the covenant he had made with Enoch with Noah. Please show me from the Bible where God made a covenant with Enoch. Biblically-speaking, the covenant with Noah (and creation) symbolized by the sign of the rainbow, was never given first to Enoch, let alone Enoch receiving any covenant at all.  Lie number 6.

Noah was ordained to the priesthood when he was ten years old by Methuselah. There was no priesthood of believers before Israel when the Aaronic priesthood was established. Lie number 7.

Men tried to take his life, but the power of God saved him.  Where does it say this in the Bible?  Lie number 8.

and taught the gospel of Jesus Christ.  Since Noah had no idea of a future Messiah (a teaching revealed to Israel), how could he teach a “gospel” which didn’t exist?!? Lie number 9.

So in this one teaching from the LDS there are 9 outright lies and one contradiction!

Well, Mormons, I’lll stake my salvation of the Jesus of the Bible and not the imaginary one Joseph Smith made up and that you still preach. As Paul says in Galatians 1:8-9: But though we, or an angel from heaven, preach any other gospel unto you than that which we have preached unto you, let him be accursed. As we said before, so say I now again, if any man preach any other gospel unto you than that ye have received, let him be accursed. And again in 2 Corinthians 11: 3-4: But I fear, lest by any means, as the serpent beguiled Eve through his subtilty, so your minds should be corrupted from the simplicity that is in Christ. For if he that cometh preacheth another Jesus, whom we have not preached, or if ye receive another spirit, which ye have not received, or another gospel, which ye have not accepted, ye might well bear with him.  (KJV)

Leave the LDS and seek the true God and Jesus of the Bible.
Posted by Glenn E. Chatfield at 6:19 PM No comments:

Email ThisBlogThis!Share to TwitterShare to FacebookShare to Pinterest
Labels: Noah
Newer Posts Older Posts Home
Subscribe to: Posts (Atom)
This blog's title is based on the name LDS members call those who expose them as being a non-Christian cult.