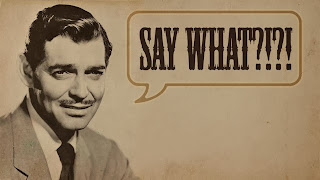 And after the flood we are told that the curse [black skin] that had been pronounced upon Cain was continued through Ham’s wife, as he had married a wife of that seed.  And why did it pass through the flood?  Because it was necessary that the devil should have a representative upon the earth as well as God. . . .

Why is it, in fact, that we should have a devil?  Why did the Lord not kill him long ago?  Because he could not do without him.  He needed the devil and a great many of those who do his bidding to keep men straight, that we may learn to place our dependence upon God, and trust in him, and to observe his laws and keep his commandments.  When he destroyed the inhabitants of the antediluvian world, he suffered a descendant of Cain to come through the flood in order that he might be properly represented upon the earth.

Where oh where to begin!

Firstly, we are not told in Genesis 4:15 exactly what was the mark that God gave Cain, but it certainly wouldn’t have been black skin color or it would have said God gave him more than a “mark.”

Secondly, the mark wasn’t a curse — it was a mark of protection!!  Thirdly, there is no evidence from Scripture that Ham’s wife was a descendant of Cain—that is just a made up idea by the Mormons.

Thirdly, nowhere in Scripture does it say that Cain was representing the devil, or that his offspring were representatives of the devil.  This, again, is an idea totally made up by the Mormons.

Fourthly, the idea the God can’t do without the devil certainly puts limits on God and His sovereignty!  The Mormon god proves to be incompetent.

Fifthly, how is it that the devil can do God’s bidding “to keep men straight”?  Isn’t that the work of the Holy Spirit in believers?

Lastly, explain why the devil needed “to be properly represented upon the earth”?

All this unbiblical nonsense comes about in order to shore up the false teachings of Joseph Smith.  These teachings include the lie that Satan is a brother of Christ rather than a being created by Christ (as the Bible teaches), that spirits in the pre-existence were all brothers and sisters (the Bible teaches NO pre-existent spirits); that these spirits chose to follow Christ or Satan and those who remained neutral received the curse of dark skin when they come to earth (pure racist ideology), and that Cain was apparently the first earthbound soul to have this curse (which begs another question about when this so-called rebellion took place); and that those who followed Satan became demons (whereas the Bible teaches that the demons are fallen angels, which are a different created being than are humans).

Mormons, you’ve been fed a lot of science-fiction fairy tales which totally contradict the truth of the Bible.  Learn the truth and leave Mormonism.

Over the past 2 1/2 years since starting this blog I have linked to articles about Joseph Smith’s “First Vision” as well as posting various information discussing the topic.  In this post I’m going to provide a synopsis of some of the various accounts, citing a section from Alvin J. Schmidt’s book, “The American Muhammad: Joseph Smith, Founder of Mormonism,” pages 56-57.

There are different accounts of Smith’s first vision in which a divine personage(s) appeared to him.  One reportedly occurred in 1820, when he was only in his fifteenth year.  This one is recorded in Smith’s History of the Church, 1:5-8, but some scholars question whether this really was his first vision.  For three years later (1823), another report says he was visited by an angel that told him about some hidden gold plates.  And the Angel said he had to wait four years before he could obtain them.

In 1832, he wrote an autobiographical account of his first visionary experience, much of it in his own handwriting.  In this version he says, “there was plates of gold upon which there was engravings which was engraved by Maroni [the angel] & his fathers the servants of the living God. . . .”  As this citation shows, Smith spelled Moroni’s name as Maroni.

In still another version, written in 1838 by one of Smith’s scribes, but not published until 1842 (now the official LDS version), states that one evening in his bedroom an angel from heaven appeared to him in “a loose robe of most exquisite whiteness.”  He said this happened September 21, 1823.  The angel in this rendition is named Moroni who told him there was “a book deposited, written upon golden plates, giving an account of the former inhabitants of this continent, and source from whence they sprang.”  Although this account does not give the name of the place where these plates were deposited, it does state they were to be found near the village of Manchester in Ontario County, New York, in “a hill of considerable size, and the most elevated of any in the neighborhood.”  This was Hill Cumorah.

Then on September 22, 1827, according to Smith, he was able to obtain the plates along with the Urim and Thummim, with which he began to transcribe the contents of the plates into English.  He did this by “reading” words illuminated on his seer stone.

While these examples are only a few of the many versions of the “First Vision,” they should be enough to demonstrate that the whole “First Vision” story was concocted long after any supposed vision took place, and the story is nothing more than a story of out the imagination of Joseph Smith.

Posted by Glenn E. Chatfield at 3:34 PM No comments:

Email ThisBlogThis!Share to TwitterShare to FacebookShare to Pinterest
Labels: First Vision
Newer Posts Older Posts Home
Subscribe to: Posts (Atom)
This blog's title is based on the name LDS members call those who expose them as being a non-Christian cult.