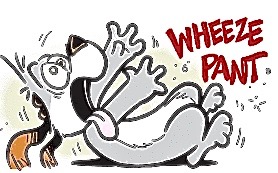 Your virtue is worth more than your life. Please, young folk, preserve your virtue even if you lose your lives.

So if you are about to be raped, you should force the person to kill you?

And just look what happens if you remain monogamous:

This law of monogamy, or the monogamic system, laid the foundation for prostitution and the evils and diseases of the most revolting nature and character under which modern Christendom groans, for as God has implanted, for a wise purpose, certain feelings in the breasts of females as well as males, the gratification of which is necessary to health and happiness, and which can only be accomplished legitimately in the married state…”

So then, God made a mistake when he gave Adam just one wife?  So prostitution is caused by a man not being able to have more than one wife?  Why do STDs not appear in monogamous unions if they are the origin of them?

Things Mormons know about Michael the archangel which the Bible doesn’t tell us:

President Young said Michael was a resurrected Being and he left Eloheem and came to this earth & with an immortal body, & continued so till he partook of earthly food and begat Children who were mortal. (Keep this to yourselves). Then they died.

Michael, as an angel, was created as an angel, which is a spiritual being not related to humans. They do not marry (as noted by Jesus in Matthew 22:29-30) and do not procreate. It is interesting that his audience was to keep this information to themselves — obviously because he knew it was a lie!

And we cannot doubt that the greatest of all female spirits was the one then chosen and foreordained to be ‘the mother of the Son of God, after the manner of the flesh’ (1 Nephi 11:18). Nor can we do other than suppose that Eve was by her side, rejoicing in her foreordination to be the first woman, the mother of men, the consort, companion, and friend of mighty Michael…”

So Eve was a consort of Michael? But Eve was human and Michael is an angel, so how does that work?!? Where in the Bible do we find even that Eve was a friend of Michael? (H/T: Life After Ministry.)

If Mormons would just read their Bible and quit listening to the lies of their leaders they just might find the true Gospel and be saved!
Posted by Glenn E. Chatfield at 5:30 PM