You've Got to be Kidding Me! 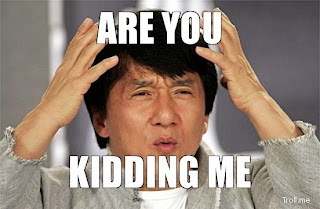 Adam learned that the Savior’s name would be Jesus Christ (see Moses 6:51-52).

First, the Christian Savior’s name is actually Joshua.  The N.T., which was written in Greek, translated the Hebrew Joshua (and that is and English transliteration of Y’shua). What language was Moses written it? How did it end up with the Greek “Jesus”?

Second, “Christ” is not part of Jesus’ name.  “Christ” is the Greek for the Hebrew “Messiah,” and is the title of Jesus’ position, the “anointed one.”

Third, the Bible never gives any evidence that Adam was told what Jesus’ name would be, only that the Savior would “crush” Satan’s “head” (Gen.3:15).

Moses is a book made up entirely out of Joseph Smith’s imagination, with some plagiarizing from the KJV Bible, which is why this statement cited above is a lie.
Posted by Glenn E. Chatfield at 12:03 PM No comments:

Email ThisBlogThis!Share to TwitterShare to FacebookShare to Pinterest
Labels: Adam 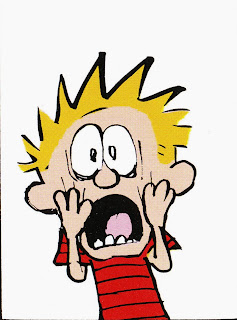 There is a little matter I want to speak upon to you, my sisters. It is a subject that is very obnoxious to outsiders. … “Oh.” Says one, “I know what you mean, my husband has two, four, or half a dozen wives.” … This doctrine so hateful and annoying to the feelings of many, was revealed from heaven to Joseph Smith, and obedience is required to it by the Latter-day Saints, — this very principle will work out the moral salvation of the world. Do you believe it? It makes no difference whether you do or not, it is true. [my emphasis-GC]

Firstly, as I demonstrate in my article, God’s View of Polygamy, God would NEVER require the institution of marriage to be corrupted in this manner. So there is no way God would reveal this to Joseph Smith, making this just another one of the thousands of lies told by LDS prophets and teachers over the decades since 1830.

Secondly, how would immoral behavior “work out the moral salvation of the world”?!?  Anyone studying polygamy would see the horrendous treatment of women in such arrangements.

Thirdly, using Smith as an example, many of his “wives” were already married to someone else, so what Smith was practicing was serial adultery, and he lied about a revelation so as to defend his sexual predation.

Young’s last statement is about as absurd as it gets. It DOES matter whether one wants to believe a lie—it matters as to whether one wants to allow himself to be deceived.  This lie of Young’s (and Smith’s) was for one reason only, and that was so that these men could satisfy their sexual lusts.

Smith’s lie about polygamy, and Young’s promotion of it with more lies, came straight from Satan and not from God.

Posted by Glenn E. Chatfield at 3:13 PM No comments:

Enoch: A Conundrum For Mormons

What does the Bible say about how long Enoch lived?
Genesis 5:21-24:
And Enoch lived sixty and five years, and begat Methuselah: And Enoch walked with God after he begat Methuselah three hundred years, and begat sons and daughters: And all the days of Enoch were three hundred sixty and five years: And Enoch walked with God: and he was not; for God took him.

Ah, but now let’s take a look at Doctrine & Covenants 107:48, 49
Enoch was twenty-five years old when he was ordained under the hand of Adam; and he was sixty-five and Adam blessed him. And he saw the Lord, and he walked with him, and was before his face continually; and he walked with God three hundred and sixty-five years, making him four hundred and thirty years old when he was translated.
Notice that Smith has added 65 years to Enoch’s life! It looks like Smith was a wee bit confused and has Enoch being 65 when “Adam blessed him,” but then adds Enoch’s total time to that!

Of course that now means the Smith had to use the same time frame for the rest of his false teachings: Moses 8:1 and Smith’s version of the Bible at Genesis 7:78.

Just more evidence that Smith was a bonafide false prophet!

Email ThisBlogThis!Share to TwitterShare to FacebookShare to Pinterest
Labels: Enoch, Smith Joseph
Newer Posts Older Posts Home
Subscribe to: Posts (Atom)
This blog's title is based on the name LDS members call those who expose them as being a non-Christian cult.